BSF Jobs For HC and ASI

BSF full form is called Border Security Force. BSF is the second largest force in Ministry of Defence Personnel. We have proud to be a BSF to making part of this force. A new Recruitment announcement and released by BSF for Recruitment of Head Constable (HC) and Assistant Sub Inspectors (ASI) for 2014. Its great chance for those persons who have ITI diploma, or Polytechnic Diploma or Science Stream in 12th Standard. Interested candidates send their applications through to proper channel and same form as per BSF prescribed.

Name of the Announcements In BSF

What is the age conditions in BSF Jobs 2014

Qualification for ASI Recruitment In BSF 2014

Matric With 3 years Diploma in Radio And Television or Electronics or Telecommunication or Computer or Electrical Or Mechanical OR 12th With Physics , Chemistry and Mathematics as Subjects. 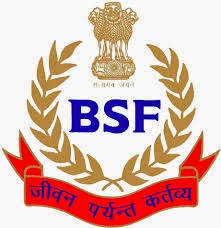 Matric or Equivalent with 02 years ITI certificate In Television And Radio Or Electronics OR 12th with Physics Chemistry Maths.

Matric or Equivalent with 02 years ITI Certificate in Engine Fitter or Diesel Mechanic or Automobile OR 12th with P.C.M.

The candidates who want to apply for the post will have to send their application to the address given in the notification through proper channel on or before 07 July, 2014.

What Kind of Steps will be Selecions in BSF Vacancies

Where to Download notifications for BSF HC and ASI Jobs