Why the Japanese Yen Weak on This Month 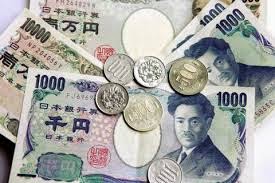 you can watch live incoming market data
At the weekend, China showed a better than expected surplus for May, coming in at $35.92 billion, the largest since $39 billion in January 2009.Exports were up 7.0%, and imports dropped 1.6%, which is bearish for the Australian dollar as the China is a top export destination.
AUD/USD traded at 0.9338 up 0.05%, in thin dealing.
In Japan, first quarter GDP rose 1.6%, beating expectations of a 1.4% quarter on quarter gain seen and April balance of payments data showed a surplus of Y187.4 billion for the third consecutive monthly surplus.

Bank lending rose 2.4% in May from a gain of 2.2% in April, while capital spending, or CAPEX, gained 7.6% in the first quarter.
USD/JPY traded at 102.62, up 0.14%, after the data.
Japan also sees bankruptcies at 1330 Tokyo (0430 GMT) and consumer confidence at 1400 Tokyo (0500 GMT). The Economy Watchers Index for May is released at 1500 Tokyo (0600 GMT).
Reserve Bank of Australia Glenn Stevens speaks on Monday night Sydney time to the Federal Reserve Bank of San Francisco's Symposium on Asian Banking and Finance, in a talk headlined "Financial Regulation: Some Observations". However, the speech will be released on the RBA website at 1700 Sydney (0700 GMT).
Last week, the dollar pushed higher against the other major currencies after the nonfarm payrolls report for May indicated that the U.S. labor market is continuing to gradually improve.
The Department of Labor reported that the U.S. economy added 217,000 jobs last month, just under expectations for jobs growth of 218,000, while April's figure was revised to 282,000. The unemployment rate remained steady at a five-and-a-half year low of 6.3%.
The U.S. jobs report came one day after the European Central Bank unveiled a package of measures to avert the threat of persistently low inflation in the euro area, briefly sending the single currency to four month lows of 1.3502 against the dollar, before later erasing the day’s losses.
In the week ahead, investors will be looking ahead to Thursday’s U.S. retail sales report for further indications on the strength of the economic recovery. A rate review by New Zealand’s central bank and the latest U.K. jobs report will also be in focus.