GPSC called in short form of Gujarat Public Service Commission. It is a familiar Commission of Gujarat which was instituted for the selection of candidates for Grade I & II gazetted in various Gujarat Government departments. As per the provision of the Constitution of India formation of the Gujarat PSC has been established on 01-May-1960. 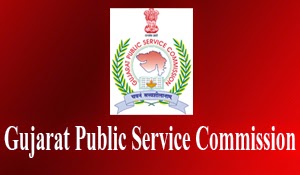 It has issued a notification for the posts of Inspectors of inspection of building and other construction in general state services class -II in 2013 against advt. no. 30/2013-14. On that time a large numbers of candidates who have applied for these posts. Recently it has conducted the written exam for these posts on 01/June/2014. Now it has uploaded the answer keys at its official website as given above.

Download your answer Key for Gujarat PSC for Inspector