Au revoir, Les Blues. Mats Hummels` header made the difference as Germany kept their supremacy over France at the World Cup intact. The Borussia Dortmund defender scored in the 13th minute of an entertaining match between the two European neighbors as Germany won 1-0 to progress into the semifinals of the World Cup for a fourth successive time here on Friday.

Germany`s victory, which came after an entertaining and at times feisty encounter here at the Maracana Stadium meant they beat the French once again following their early successes over the Les Blues in the semi-finals in 1982 and 1986. 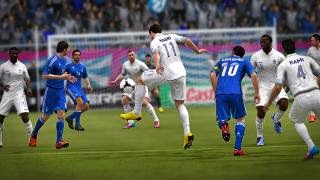 Both Germany and France had overcome African opposition in the round-of-16 in shape of Algeria and Nigeria respectively and both made two changes in their line-ups. Germany coach Joachim Loew brought in Miroslav Klose to lead the attack while Hummels came in to replace Per Mertesacker in the heart of defence. Captain Philipp Lahm, meanwhile, was shifted to the right-back position having playe d as a holding mid fielder in their previous games. Antoine Griezmann was handed a starting berth by France coach Didier Des champs as he replaced Olivier Giroud while Mohamadou Sakho replaced Laurent Koscielny at the back.
Germany had plenty of possession in the opening stages but it was France who had the first shot at goal in the eighth minute.  Patrice Evra, Griezmann and Mathieu Valbuena combined well to set up Karim Benzema whose volley went just wide of Manuel Neuer`s right post. France were coming back into the match and Griezmann almost set up Benzema for the opener in the lith but his cross was blocked by a last-ditch interception by Hummels. And two minutes later, Hummels would give Germany the lead at the other end.

Toni Kroos whipped a superb free-kick into the box after having been fouled by Paul Pogba and Hummels escaped Rafael Varane`s attentions before his flickedheader gave Hugo Lloris no chance as it went in off the underside of the crossbar. The French tried to come back but the German defence was standing firm. Instead it was Germany who could`ve scored.  A cross from the right saw Klose having his first chance to set the record for most goals at the World Cup in the 26th but he fell under Varane`s challenge just as he was about to pull the trigger.

Minutes by Minutes Updates about Germany Vs France


The Lazio striker, who is level with Brazil`s Ronaldo with 15 goals in the tournament, appealed for a penalty but the referee waved away the German`s claim.  Five minutes later, Germany appealed for another penalty. This time it was Thomas Mueller who fell under minimal contact by Mathieu Debuchy. As they protested, they were lucky not to get caught out as France almost scored at the other end. Valbuena was freed on the right and his volley forced a superb diving block by Neuer. Neuer`s parry, though, straight toBenzema at point-blanl( but the Real Madrid striker`s snapshot was deflected over by Hummels. Hummels was again in the thick of the action in the 42nd, this time blocking Benzema`s header following Evra`s cross from the left. Benzema had another chance two minutes later.
This time a diagonal from Pogba found him with room on the left but after making space for the shot, Benzema`s shot was easily gathered by Neuer.  France began the second half as they ended the first, trying to find a way past the German defence. Either their touches in the final third were too heavy or a tad too light. On the hour mark, Neuer caught a header from Varane which was seemingly destined for the top corner.  With the final 20 minutes looming, Loew brought on Andre Schuerrle for Klose and the Chelsea man was nearly on the end of Mueller`s shot which went across the face of goal and narrowly wide.  Deschamps knew he had little time remaining and he brought on striker LoicRemy for midfielder Yohan Cabaye in the 73rd.  Benzema came close but his shot was blocked before Blaise Matuidi stung Neuer`s hands with a rasping drive from an acute angle. France kept on pushing and Evra was fouled in a dangerous area just outside box with Valbuena`s free-kick almost diverted into his own net by Hummels.

The resulting corner was collected by Neuer and his quick throw set up a quick counter-attack which saw Schuerrie`s shot superbly saved by Lloris with his feet. With five minutes to go, Deschamps brought on Olivier Giroud for Valbuena as France lool(ed for the all-important equaliser that would`ve taken the game into injury-time.  Instead it was Germany who almost added a second win the 88th. Mueller escaped Evra and laid the ball for Schuerrle whose shot was blocked by Varane.  Benzema almost scored deep in injury time but as the ball sailed over the bar, so did France`s chances of reaching the semis.