Islamic Caliphate state is declared by Organization of the Islamic State in Iraq and Syria Sunni extremists (ISIS) in Iraq and Syria to the right side. ISIS has also declared Chief of Islamic Caliphate State – the name of the Chief is Abu Bakr Al Baghdadi. At this time ISIS has Aleppo in northern Syria is still in its possession to Diyala in eastern Iraq's territory. Including the Middle East is not good news for the whole world. It is a new challenge in front of world peace has come. Iraq is in the grip of a fierce civil war. Yet it has killed millions of innocent people. In the Islamic world, this upheaval can result in dangerous effects. The world community should not ignore it.

News about ISIS Making and its Development Story in Iraq 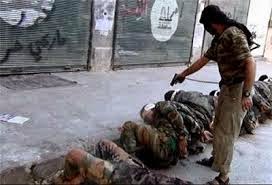 ISIS is a part of Al Qaeda, but now it is completely different and even but now it is more dangerous proportions makes theirs organization. This is also called Osama bin Laden is the next generation. ISIS intentions are not look good and he is not going to just limited to Iraq and Syria. They wants world will go back to 90 Years when Caliphate Iraq and Syria to the Ottomans (Turks Usmani) was right. Indeed, the world Khalifa regime was ended in 1924. Although the militant group's leader, the leader of the Muslims of the whole world recognizes that Islamic countries, but now it is hard to say how much it is defend. While Iraq's Shiite-dominated government in Baghdad and southern regions selected has been reduced. It is verge of splitting in three areas, Iraq Kurdish, Sunni and Shiite-dominated areas.

Iraq's economy is dependent on oil. Iraq exports the oil too many countries now all oil wells were occupied by the ISIS. ISIS some foreign country are fueled by extremists. It is even more dangerous for World and Iraq. The premature withdrawal of the U.S. from Iraq is causes and blamed. Now US are survived the direct intervention but silence of United Nations silence is more disconcerting. In this situation and circumstances it becomes the responsibility of the United Nations to sent security team in Iraq. The United Nations should also make sure that the surrounding countries do not intervene on this. 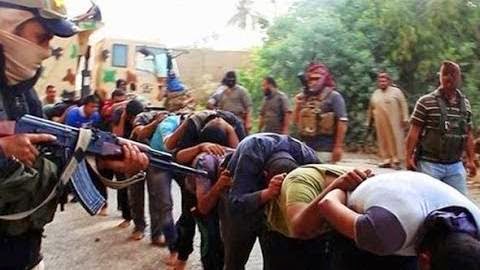 All economy has been badly affected one who imports the oil from Iraq. Because of this conflict have increased oil prices in the international market. In India have import 13 percent Crude oil import from Iraq. It better for World and Iraq sooner we will searched solution of it. There are flagrant violations of human rights. Thousands of civilians are trapped there many countries including India. Iraq has turned into ruins after U.S. attack in the name of bringing democracy to Iraq after Saddam Hussein's death. Now is the situation of civil war. If this is not checked then the Iraq situation will go from bad to worse.