Social network Instagram has launched an ephemeral messaging app called Bolt which makes sending visuals easy. The app allows you to tap once to send a photo and long press to send a video. Undoing the sending of an item is done by shaking the phone, or swiping away the photo or video. The received photo or video disappears once it is sent, but recipients can also reply.
The move to release an ephemeral messaging app first popularised by Snapchat, echoes similar steps taken by other companies, including Instagram's own parent company - Facebook - which launched its Slingshot app last month. Popular dating app Tinder also added a disappearing photo feature recently, called Moments. 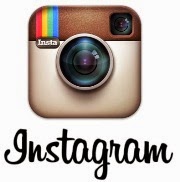 Notably, Yahoo recently bought Blink, another ephemeral messaging app - but it has yet to release its own offering. For now, Bolt is available only in New Zealand, Singapore and South Africa, according to The Verge. While the app is listed on Google Play India and the App Store, the app on Google Play reads “Incompatible with all of your devices," indicating region- based unavailability.

Lenovo announces android updates
Lenovo has announced that it will soon be releasing the Android 4.4 KitKat update for several of its recently launched midrange smartphones, specifically 5 of its S series smartphones - S930, S650, S820, S920, S660 - and the P780.

The Chinese electronics giant announced that Android 4.4. KitKat updates for the six recently announced mid- range Smartphone’s will be made available in a phased manner starting from this week ending with the roll- out of the S660' s update in September. Notably, Lenovo recommends users back up their data before updating their phones from Android 4.4 KitKat. The UI will according to the company get a ' simple clutter- free look' and a ' user- friendly incoming call interface'. Also new, is enhanced notification access, an updated theme centre, an automatic profile changer, expanded accessibility APIs, the face orientation rotation feature, the smart call feature, the smart swipe feature, the new pocket and parental mode, as well as the smart dialler.

Startup GoTenna has launched its eponymously named device, which lets users send and receive encrypted text messages without the need for a cell tower." This is an interesting concept," Jim McGregor, principal analyst at Tirias Research said,” It's like a walkie-talkie on steroids." The device uses BlueTooth LE to pair with a user's Smartphone. It can exchange text messages only with another GoTenna. 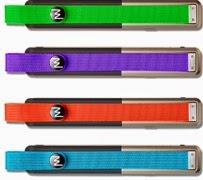 The GoTenna's use is further limited because it encrypts messages with the RSA 1024 public/ private key encryption, which means only a GoTenna that has the decryption key can read the message. The GoTenna is basically a 2W radio and an antenna with a microUSB connector, a Bluetooth LE data interface, a rechargeable Li- ion battery enclosed in a box measuring 5.8 x 1 x 0.5 inches.

Forget high- tech credit card like hotel keys. By the end of 2015, guests at Hilton hotels across the world will be able to access rooms with their Smartphone’s.

The idea moves around the ability to use a mobile device to check in and choose a specific room based on a hotel's digital floor plan. This will also help guests who may lose key cards or leave them in the room. “Hilton Worldwide will begin installing the technology required to let phones unlock doors, letting guests skip the usual line- waiting and check- in process and head straight for their rooms," an announcement read.

"We have spent the past few years testing a number of different options to make this vision a reality. Now we are developing technology that is safe and reliable for our guests to use and cost- effective for our hotels to install," Christopher J. Nassetta, president and chief executive officer of Hilton Worldwide, was quoted as saying.