Mumbai: After the announcements of Air India Cheap and Economy Bumper traveling Ticket and discount offer now private company GOair also fighting with Air India plans. What turns up as a pleasant surprise for the people of Andaman and Nicobar Islands, Private airline GoAir today announced 30 per cent concession on base fare of its flights operating to and from Port Blair throughout the year. The service will begin from October 1 of the running year. 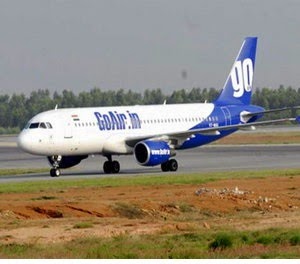 "It is indeed very satisfying to make our humble contribution in the development of Port Blair ... By connecting it to several Indian cities on the mainland. There is an immense scope to increase tourist traffic to the islands leading to the development of the local economy, employment opportunities, support services and quality of life in general," GoAir Vice President (Airports, Customer Services & Nodal Officer) Kamal Kikani said.

Stating that 11 islands here have been provided with helicopter service for the people, he said, connecting many more islands with similar service would be done soon.