Amazing Marriage: Will Lady Gaga to marry in space?

Gaga's marriage may not be the conventional one and so would be her wedding venue, space suit anyone. 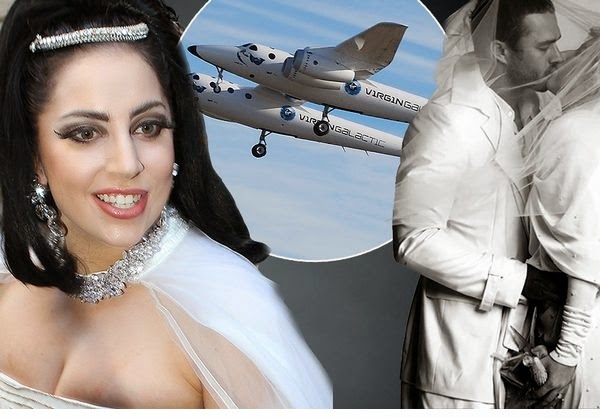 The Applause star is set to become one of the first people to fly into space on Richard Branson's Virgin Galatic flight. Lady Gaga could marry her boyfriend Taylor Kinney in space when she takes flight next year. The wacky singer is reportedly keen to tie the knot in the most out of this world wedding ever, and is thinking that her trip to outer space could be the right location, according to a new report. Gaga and Taylor want to make a pledge for life, and think the space flight is too big an opportunity to pass up, a source said. “It would be typical of her to have the least conventional wedding ever. Of course it would be a simulated-style marriage as there wouldn't be a priest or religious figure there."