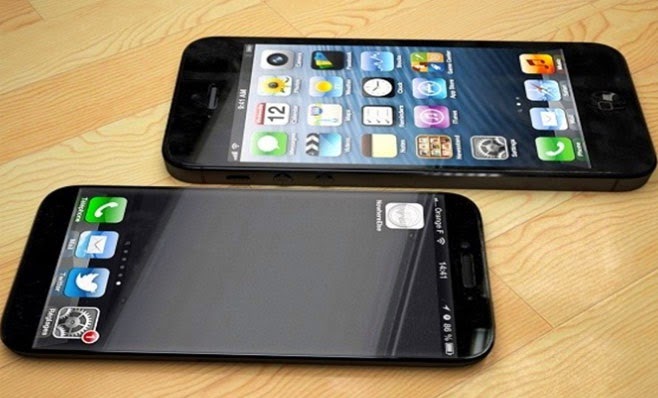 Apple will be releasing its highly anticipated iPhone 6 at a media event scheduled for Tuesday, September 9. Thanks to several confirmed leaks, combined with insider sources, Daily Post has been able to piece together what the mobile giant has in store for their ‘grand plan’ rollout.
Biggest yet: Apple will be bringing to market not just a new, single model of iPhone, but actually two of them this time around. Both of these will be called ‘iPhone 6’ but will have some key distinguishing features versus their present siblings. The biggest obvious difference will literally be their respective sizes. The current iPhone 5s has a four inch screen, the new iPhone 6 models will feature a 4.7 inch version and a 5.5 inch screen ‘phablet’ size as well. Perhaps the biggest criticism of Apple during the past two years is that their mobile phones do not have bigger screens. This is an advantage for rival companies such as Samsung which have been able to exploit in the past, but may no longer be able to do so now. In addition to these larger screens, both of the new iPhone 6 models will also come equipped with what is arguably the most powerful microprocessor in mobile computing today: the desktop class custom A8 chip which sports some two billion transistors on its silicone, has multiple cores, and is a true 64-bit microprocessor. Apple’s new iOS 8, scheduled for release the same day, is the second revision of their 64-bit mobile operating system which made its debut over a year ago. By contrast, Android’s mobile platform with its planned ‘Lollipoop’ version has yet to release a finalised stable edition of its 64-bit offerings. It will be years before true 64-bit Android phones become the norm instead of the exception. Apple has at least a three year lead over its competitors in this area.
Biometrics: Another huge change in the evolution of the smartphone is the inclusion of biometric sensors and data feedbacks and inputs which are expected to become the norm going forwards. Not only is Apple planning to release the iWatch shortly after the new iPhone 6 models make their debut, both of these devices form the company’s planned proverbial book ends of a new trend in smart electronics, putting the user’s data in the cloud – available for access anywhere, anytime and from any device. This includes everything from heart rate and blood pressure, to details covering your exercise routines and whether a person is getting enough liquids every day. The planned ubiquity of biometrics across Apple’s product line isn’t merely about bells and whistles. It is also very much about private security and confidentiality, as well as furthering an online payments ecosystem for consumers. When the iPhone 5s was released last year, it debuted with a biometric fingerprint sensor which allows you to log in as well as make purchases. Both iPhone 6 models will continue this trend; they will also have biometric sensors built into them, as will the upcoming iPad Air 2 in October.

The battery life for the iPhone 6 is expected to increase dramatically, even by as much as 50 per cent. The pent up demand for a larger screen sized iPhone is so great, Apple plans to ship as many as 80 million of these devices during the last three months of this calendar year.