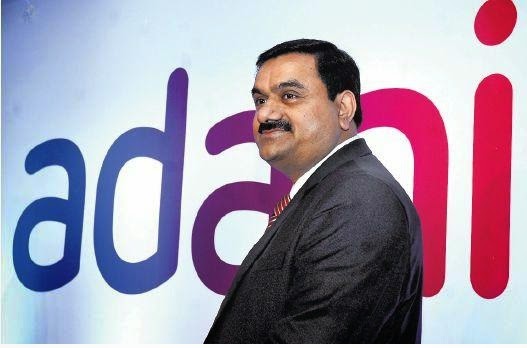 Melbourne/Singapore: Adani Enterprises has agreed to pay A$155 million ($145 million) to Linc Energy to buy out the Australian firm's rights to future royalties from Adani's huge but delayed Carmichael coal project, already four years behind schedule.

The deal comes amid growing questions on whether Adani will eventually go ahead with a project to build what would become Australia's biggest coal mine, amid opposition from green groups and a slump in coal prices to five-year lows.

A final decision to go ahead with the project, in Northeastern Australia, would mean spending A$16.5 billion to dig the mine, build a rail line and a port.

"This agreement reflects Adani's confidence in the progress of Carmichael mine, which received final federal environmental approvals from the Australian government last month," Adani said in a statement emailed to Reuters. "The agreement...underlines Adani's consistent commitment to ensure that the high-quality coal from the Carmichael mine is cost-efficient."

The agreement announced by Singapore-listed Linc on Thursday means Linc is walking away from a A$2 per tonne royalty, indexed to inflation, on the first 20 years of production from the coal mine. Adani bought Carmichael from Linc Energy amid a coal boom in 2010, paying A$500 million in cash upfront and agreeing to pay the royalty stream.

In 2010, Adani said it aimed to open the mine by 2014 and at the time Linc said it could earn more than A$3 billion in revenue over the life of the royalty stream.

Linc chief executive Peter Bond said the two companies agreed on the A$155 million price tag based on the risks of the current weak coal price and "all the other risks of the coal industry at the moment".

"I actually have a lot of confidence that Adani will get the pit going," Bond told Reuters by phone from Brisbane. "It's more about us focusing our strategy into cashing up the balance sheet and driving towards a more focused outcome like drilling our shale in South Australia."

Analysts said the agreement was a win-win deal for both Adani and Linc, as the Indian firm gets rid of a liability on the project, while Linc secures cash up front from a mine that may not be built for many years.

Two analysts said the sum Adani is paying compared with the net present value of the royalty stream, which they estimated at A$600 million, implied Adani and Linc had put a 25 percent to 30 percent probability on the Carmichael project going ahead.

"It means they (Adani) haven't given up," said Tim Buckley, a director of the U.S.-based Institute of Energy Economics and Financial Analysis, which is campaigning against fossil fuels.