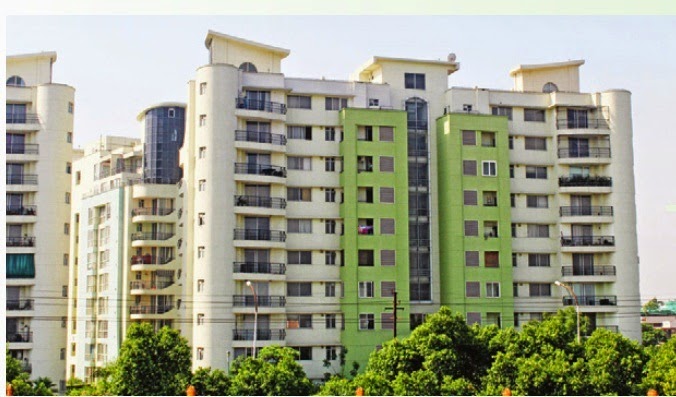 A recent survey says that the demand for housing is expected to double in Noida with reports saying that the appreciation in property prices in this area is one of the best amongst the property markets in the NCR region.

Demand for residential and commercial properties in Noida is increasing by the day. According to a survey, the demand for housing is expected to double in Noida.

Recent reports suggest that the appreciation in Noida property is amongst the best in the property markets of the NCR region.

Apart from end users who are buying up properties in Noida, the area has also attracted the attention of investors.

Existing properties have registered good appreciation in the last couple of years. Presently , mid-segment apartments are available for Rs 4,500-5,500 per sq while apartments in the premium segment are in the range of Rs 9,000-15,000 per sq ft.Professionals and salaried class find Noida to be one of the best destinations to invest, as the area has repeatedly yielded good returns on investments.

Supertech Ltd is developing Supertech Supernova, a mixed-use project, on 17 acres in Sector 94 on Noida-Greater Noida Expressway . The project has five towers, amongst which Spira `Iconic Tower' is one of India's tallest mixed-use developments, rising up to 300 metres with 80 floors.

This Iconic Tower has high-end luxurious residences, two 5-star hotels and Spira Suites (595 sq ft each), topped off by a world-class restaurant and bar, which has a bird's-eye view over the surrounding waterways of Yamuna. The tower also has a helipad, an observatory deck, an exclusive clubhouse and automated elevators, a spokesman of the firm said.

Raushan Prakash, the director of Geotech Group, says that the annual appreciation in property prices in Noida Expressway's regions is 30% and this has the potential to earn large capital returns for investors.

Jaypee Greens is offering possession in many of the towers of projects like Klassic, Kosmos, Pavilion Court, and Kalypso Court, which are a part of its Wish Town project, one of the largest integrated townships in India, coming up in Sector 128, along Noida Expressway.

The township is designed to house 35,000 residents and is spread over 1,150 acres, offering the choicest residential, institutional, educational, healthcare, and recreational facilities to its residents.

It is a mix of plots and apartments in sizes ranging from 128 sq metres to 418 sq metres, along with an array of town homes, midto highrise apartments, and lavish penthouse units.
Source TOI

Both projects are located in Sector 93A on the expressway . Eldeco Olympia has 184 units in two towers priced at Rs 1.33 crore onwards. The project is a highrise residential complex with three-bedroom luxury apartments to large duplex pent houses, all coming with world-class facilities like landscaped green areas with all-weather swimming pools and sports courts, etc.

Paras Buildtech has started offering possession in the first phase of Paras Tierea, at Sector 137 on Noida Expressway. Paras Tierea, over 30 acres, is on three-side open plot off the expressway facing the KPMG building, and along with Paras Seasons, offers 1,200 units in 11 towers.

Logix Group will deliver three residential projects, Blossom Greens and Logix Zest in Sector 143 and Logix Blossom County in Sector 137 next year, a spokesman of the group said. Prateek Group is developing Prateek Laurel in Sector 120 which offers 2and 3BHK apartments. Prashant Tiwari, the CMD of Prateek Group, says: “Noida Expressway has played an important role in the overall development of Noida. The overall design and infrastructure of Noida has been the prime factor behind the growth of real estate in Noida. Today Noida caters to a huge demand ranging from affordable, midto luxurious segments.“