Producers said as many as 10 trillion cubic feet of gas cannot be developed at current below market rate of $4.2 per million British thermal unit. 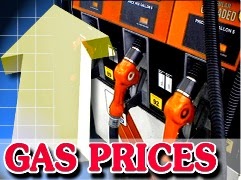 Delhi: Energy giants led by Reliance Industries, ONGC, BP and Cairn India on Monday unanimously demanded an immediate hike in natural gas prices, saying current sub-market price of $4.2 was impeding development of over a dozen discoveries.
As the government began consultations with stakeholders on raising gas prices, gas producers and consumers met a committee of secretaries (CoS) separately with their pleas on the issue.

The panel, whose meeting was chaired by Power Secretary P K Sinha, gave a patient hearing to both sets and asked them to present their views in writing by August 28. Expenditure Secretary Ratan P Watal skipped the meeting of the CoS to which Fertilizer Secretary Jugal Kishore Mohapatra is member and Rajive Kumar, Additional Secretary, Ministry of Petroleum and Natural Gas, is member secretary.

Kumar said there will be another meeting of the panel this week. According to sources, while gas producers said as many as 10 trillion cubic feet of gas cannot be developed at current below market rate of $4.2 per million British thermal unit, power generators said they cannot afford a rate more than $5/unit. Fertiliser makers too stated that doubling of rates, as had been approved by the previous UPA government before its implementation from April 1 was postponed first by the Election Commission and then by the new BJP government till September-end, would lead to increase in subsidy.

While producers, who were invited separately, attended in full strength with the sole exception of Gujarat State Petroleum Corp (GSPC), consumer sectors were represented by their associations - Association of Power Producers and Fertiliser Association of India, besides some individual companies.

These in Favor of Rangarajan Plan
New Delhi: Ahead of the gas-price review panel’s first meeting here on Monday, India’s top hydrocarbon producers have told Petroleum Minister Dharmendra Pradhan they are willing to accept the price based on the Rangarajan formula notified by the previous government, even as a comprehensive review of the pricing policy is undertaken.

“The January 2014 notified Domestic Natural Gas Price guideline gives a lower price than what the operators deem as the correct market price. AOGO members are willing to accept this as a first step in the move to a market price. This pricing mechanism needs to be implemented immediately,” Association of Oil and Gas Operators (AOGO) secretary general Ashu Sagar said in a lettter to Pradhan, a copy of which has been obtained.
“Even as we implement the notified natural gas price guideline, a comprehensive review of the pricing policy should be undertaken to firmly establish the transition to a market that determines gas prices base,” he added.
Describing the postponement implementing revised gas prices as a significant setback for the upstream oil and gas industry, the AOGO said a “huge uncertainty has been introduced for exploration companies. They have no clarity on the price or the basis of price on which they can sell the production in the event of discovery, reducing enthusiasm otherwise exercised for additional exploration.” “The companies with discovered fields are not in a position to monetise the same,” the letter added.