New Delhi: Telecom operators such as Airtel, Vodafone, Idea, RCom, Aircel, Tata Tele and BSNL have not paid penalties totalling Rs 2,116.95 crore levied on them for non-compliance of subscriber verification rules that are important for national security, CAG said in its report. 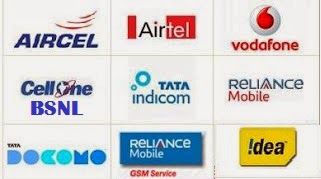 “We further noticed that out of Rs 2506.80 crore of penalty levied by the DoT and the TERM Cells during 2009 to 2012 for defective CAFs, the service providers had paid only Rs 389.85 crore,” the Comptroller and Auditor General (CAG) said in its latest report.

“Based on the figures worked out, it could be seen that total defective CAFs for the 7 major service providers was 4.20 crore for the year 2012. Even, if a minimum penalty of Rs 1,000 is levied for each defective CAF, total penalty works out to be Rs 4,204 crore for the year 2012 alone,” CAG said. According to the auditor, the penalty on RCom should be Rs 918.3 crore, Airtel Rs 906.4 crore, Vodafone Rs 601.88 core, Idea Rs 563.6 crore, BSNL Rs 492.55 crore, TTSL Rs 408.75 crore and Aircel Rs 312.85 crore. CAG has said that government has not achieved 100 per cent compliance to subscriber verification rules because of “ineffective monitoring and weak control by DoT and the TERM Cells.” The auditor also said that the findings of TERM Cells regarding non-compliance during regular monthly audits could not be relied upon as surprise checks had revealed non-compliance to a large extent. “The compliance level of most of the service providers was found to be very poor in cases of complaints/surprise checks by TERM Cells. In the case of some of the service providers, such as Tata Teleservices and Bharti Airtel, the non-compliant CAFs were as high as 84 and 55 per cent respectively,” CAG said. The auditor has suggested that DoT should monitor levy of penalty by TERM Cells and enforce its recovery from the service providers without delays.