Charging for higher ATM use will lead to more branch visits 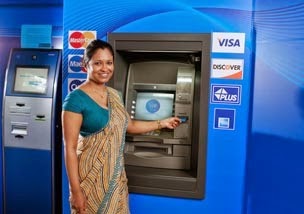 The decision to allow banks to charge their customers for frequently using ATMs of the home- bank might prompt customers to visit bank branches more often, which in turn will increase the cost for lenders.

This is because no charges or limit have been prescribed for transactions at branches.

The Reserve Bank of India (RBI) on Thursday permitted banks to charge customers for using home- bank ATMs more than five transactions a month. Till now, banks were only allowed to charge customers if they transacted in non- home bank ATMs more than five times in a month. That cap has also been reduced to three in the six metro centres of Mumbai, New Delhi, Chennai, Kolkata, Bangalore and Hyderabad. Non- home bank ATMs refer to ATMs of banks where the customer does not have an account.

The move, however, has made lenders hopeful of recovering a significant part of the running and maintenance cost of these machines.

Bankers also expect the volume of non- financial transactions to drop sharply once charges are introduced. These transactions do not earn any revenues for banks.

“For banks, ATMs were supposed to save costs. Customers were encouraged to go to an ATM to withdraw money instead of visiting bank branches.

But in the past few years, the volume of non- financial transactions has increased substantially.

Banks do not earn any revenues from these transactions.

Also, the ticket size of financial transactions has reduced significantly, making the entire process expensive for banks. Unless there is a control, banks are losing a whole lot of money. Hence, introduction of these charges was necessary,” said a senior executive in charge of a private sector bank’s retail lending and payments business.

The transactions cover both financial and non- financial dealings. Hence, services such as balance enquiry, change of PIN, mini statement and others will also be chargeable.

However, the rate of charges has been retained at ₹ 20 a transaction. This will come into effect from November 1. Banks have been advised to communicate the charge structure according to their board- approved policy to customers in a fair and transparent manner.

“This will not lead to substantial earnings for banks but will help us recover our cost. Banks have been incurring costs in tightening the security arrangements following the attack inside an ATM in Bangalore. I dont think customers will mind paying a fee because it is ultimately for their safety,” A Surendran, head of retail and international banking business at Federal Bank, told.

Sector analysts, however, feel the decision might encourage customers to frequently visit bank branches instead of going to ATMs. It is estimated that on an average, banks incur a cost of ₹ 10 for every transaction in an ATM. But in branches, the per- transaction cost for banks is close to ₹ 50. “ In such a scenario, banks will suffer as their cost of operations will increase further,” said a banking analyst.

RBI has left it to banks to decide on the maximum number of free ATM transactions.

Most bankers did not confirm if they will start charging their customers for using homebank ATMs for more than five times a month.

“Overall, the move is good for the banking industry as it will help reduce the number of needless transactions. Also, I believe eight free transactions in a month ( considering use of both home and non- home bank ATMs) is adequate. But it is too early to say if we will introduce these charges. We have a committee, which will take a decision,” said Rakesh Sethi, chairman and managing director of Allahabad Bank.

Till now, banks were only allowed to charge customers if they transacted at non- home bank ATMs more than five times a month. That is now being reduced to three.