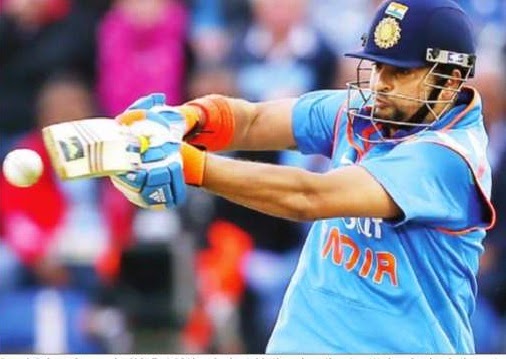 Suresh Raina's dazzling century off 75 balls in the second ODI against England in Cardiff was the result of meticulous preparation and a fierce desire to overcome his weakness against the short ball.
Before the ODI series, Raina, in a desperate attempt to “turn a corner,“ sent an `SOS' to former India batsman Pravin Amre, currently a Mumbai coach and batting consultant to many top players. The UP batsman then had a rigorous four-day `camp' with Amre at the MCA's BKC indoor facility . As luck would have it, Raina received advice not just from Amre but Sachin Tendulkar too. In fact, Tendulkar's son Arjun, a budding all-rounder, was the one chosen to test Raina with the short stuff in the nets.

Amre's agenda was simple -to get Raina to overcome his anxiety while facing the short ball. “I had to work on his head position. I told him to remove his helmet. When I gave him throwdowns with the tennis ball, he was supposed to face them without headgear. Batting with a helmet makes us develop wrong habits,“ Amre told TOI on Thursday .

“Did Viv Richards and Sunil Gavaskar bat with proper helmets? I asked him to discover his own instinctive way of negotiating the short ball. The focus was on leaving the short ball well, as earlier he would look to be positive and play it anyhow. I am glad he did that well in Cardiff. Despite leaving the short balls, he was able to blast a century off just 75 balls.This is because he can play the big shots.“

Raina, who smashed his first ODI hundred outside the subcontinent on Wednesday , has in the past struggled to overcome this weakness against genuine pace despite finishing off many games for India during his 192match career.

Amre said he worked on boosting Raina's confidence. “I told him, `Forget about what people say about how you play the short ball.You are both physically and mentally strong, which reflects in your big-hitting ability and longevity in ODIs. You are our biggest matchwinner after MS Dhoni, and the next-best finisher. You can destroy an attack. If you can do it in the IPL, you can do it anywhere.

“Sachin too pepped Raina up, asking him to bat more often on the front foot outside India, since it helped him get hundreds on bouncy wickets in South Africa,“ Amre added.