RIGHT FROM BHADRAPADA SHUDH CHATURTHI TO ANANTA CHATURDASHI, THE 10-DAY FESTIVAL OF GANESH CHATURTHI IS FILLED WITH RELIGIOUS AND MYTHOLOGICAL SIGNIFICANCE 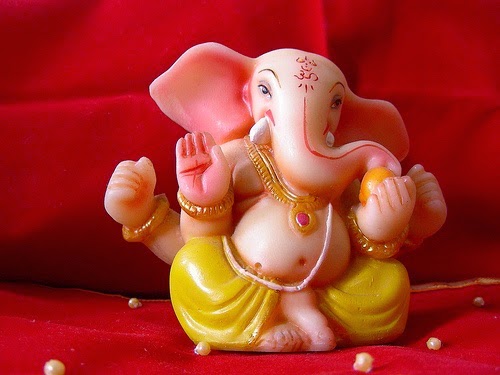 Ganesh Chaturthi is a festival celebrated with great devotion and reverence. The birth of Lord Ganesha, on the fourth day of Bhadrapada Shukla, is an important day for devotees.This festival is celebrated for 10 days from Ganesh Chaturthi (birth date) to Anant Chaturdashi (the tenth day of His immersion). It is believed that worshipping Lord Ganesha during this festival bring good luck and prosperity to one's household.

Lord Ganesha, who is considered to be the God of wisdom, prudence and prosperity, has been worshipped right from the Vedic times.Every ceremony, be it religious or personal, is started by invoking Lord Ganesha's blessings by the solemn recitation of Om Ganeshaya Namaha (I bow to Thee Lord Ganesha).

Ganesh Chaturthi was made popular by Lokmanya Bal Gangadhar Tilak. His motive was to unite people and strengthen the patriotic fervour among Indians. Hindus came together for the festival, which became a source of political awakening against the British regime. People forgot their caste and creed to celebrate Ganesh Chaturthi.

On the first day of the festival, the idol of Lord Ganesha is installed in homes, temples, podiums, etc. The Lord is placed on raised platforms for people to pray and pay their respect. A priest, usually clad in red silk dhoti and shawl, invokes life into the idol amidst the chanting of mantras. This ritual is called pranapratishhtha.After this, the shhodashopachara (16 ways of paying tribute) follows.Coconut, jaggery, 21 modaks (rice flour preparation), 21 durva (trefoil) blades and red flowers are offered. The idol is anointed with sandal paste (rak ta chandan). Through out the ceremony, Vedic hymns from the Rig Veda and Gana pati Atharva Shirsha Up anishad, and Ganesha Stotra from the Narada Purana are chanted.

For 10 days, from bhadrapad shudh chaturthi to ananta chaturdashi, Ganesha is worshipped.

On the 11th ar day, the idol is hrough the streets taken through the streets in a procession accompanied with dancing, singing, to be immersed in a river or the sea symbolising a ritual see-off of the Lord in his journey towards his abode to Mount Kailasha. It is said that Lord Ganesha takes away with him the misfortune of all mankind. After the final offering of coconuts, flowers and camphor, people carry the idol to the river to immerse it. It is said that the universe is in a constant state of change and that form eventually gives way to formlessness. However, the energy still remains. The immersion of the statues in water and subsequent destruction of them serves as a reminder of this belief. On the 11th day, people bid adieu to their favourite and most beloved God; this marks the end of the 10-day festival. Overall, anesh Chaturthi brings with it a lot of excitement and happiness.