Know it takes to learn guitar or piano faster? A good night’s sleep.

New research has provided great insights into the role of sleep in learning motor skills requiring new movement sequences. According to scientists at University of Montreal, the regions of the brain below the cortex play an important role as we train our bodies’ movements and, critically, they interact more effectively after a night of sleep. 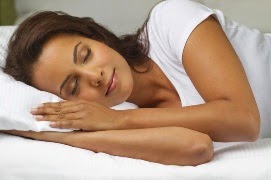 “After a night of sleep, we found that brain networks were more integrated, that is, interaction among these regions was greater when consolidation had occurred,” as per statement from neuropsychologist at University of Montreal.

A network refers to multiple brain areas that are activated simultaneously. According to Debas, a night of sleep seems to provide active protection of this network, which the passage of daytime does not provide.

“Moreover, only a night of sleep results in better performance of the task,” Debas added. To get these results, researchers led by Julien Doyon from Institut universitaire de geriatrie de Montreal Research Centre, taught participants a new sequence of piano-type finger movements on a box.

The brains of the participants were observed using functional magnetic resonance imaging during their performance of the task before and after a period of sleep.

The same test was performed by a control group at the beginning and end of the day, without a period of sleep. They observed improved performance of the task after a night of sleep and not the simple passage of daytime.

The findings could lead us to better understand the mechanisms that take place during sleep and ensure better interaction between key regions of the brain, researchers concluded.