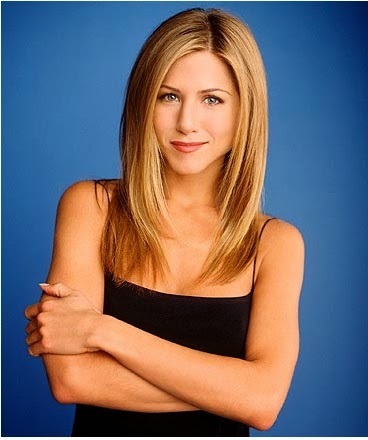 ANISTON IS SERIOUS ABOUT GOING BEHIND THE CAMERA, IS HUNTING THE PERFECT SCRIPT FOR DEBUT FILM
Jennifer Aniston is on the hunt for the perfect film so she can make her directorial debut. Jennifer has taken on two short films but now she wants to direct a feature.

“ Directing is the next big hurdle I want to take on. I’ve done some short films that I just loved the experience of doing it. I’m just waiting for that wonderful window and that wonderful script and that will be the next move for me,” Jennifer told Wenn.

But don’t expect her to get behind the camera for an action film or thriller: “ I don’t think you’d want to see my directorial version of a horror film or The Matrix kind of thing! I love the human experience and behaviour and relationships.

So it will probably have something to do with that,” Jennifer added.

Jennifer’s directorial credits are the shorts Mia and Room 10. Jennifer, whose fiancé Justin Theroux proposed on his birthday two years ago, is thrilled her former Friends co- star Courteney Cox is planning to marry Snow Patrol rocker Johnny McDaid after he proposed earlier this summer, but doesn’t think the 50- year- old beauty should rush down the aisle.

So do the two share ideas and plans for their respective nuptials? “ We honestly don’t talk about it. We both have our things. Her’s just happened, minutes ago. There is something to enjoying the engagement period I have to say, whether it’s three months, one year, two, three, four, five years, who knows, enjoy it. There’s no rush,” Jennifer said.

Jennifer went on to talk about her own struggle against people who constantly ask her why she hasn’t given birth to a child yet. “ I don’t have this sort of checklist of things that have to be done. If they’re not checked, then I’ve failed some part of my feminism or my being a woman or my worth and my value as a woman,” Jennifer said.

Jennifer doesn’t feel any less fulfilled just because she hasn’t had children. “ I’ve birthed a lot of things and I feel like I’ve mothered many things. And I don’t think it’s fair to put that pressure on people,” Jennifer said.

Baby bump? Jennifer Aniston showed off her incrediblelegs in a short sequined dress as she attendedthe Los Angeles premiere of her new film Lif.