Hummingbirds are highly specialised nectar feeders and you cannot even fool them by sugar substitute that sweetens most diet cola. 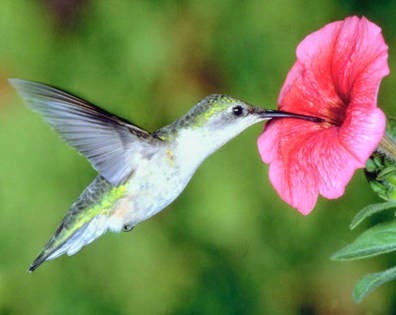 Now, scientists have discovered how hummingbirds’ ability to detect sweetness evolved from an ancestral savory taste receptor that is mostly tuned to flavours in amino acids.

After cloning the genes for taste receptors from chickens, swifts and hummingbirds, researchers needed to test what the proteins expressed by these genes were responding to.

“This is the first time that this umami receptor has ever been shown to respond to carbohydrates,” said Maude Baldwin from Harvard Medical School. They found 19 mutations, likely to be contributing to this sweet switch.

“It is a really nice example of how a species evolved at a molecular level to adopt a very complex phenotype,” said Stephen Liberles, an associate professor of cell biology.

A change in a single receptor can actually drive a change in behaviour and, we propose, can contribute to species diversification, he added. Sensory systems give us a window into the brain to define what we understand about the world around us.

The taste system is arguably a really direct line to pleasure and aversion, reward and punishment, sweet and bitter. Understanding how neural circuits can encode these differentially gives us a window into other aspects of perception, researchers added. The paper appeared in the journal Science.