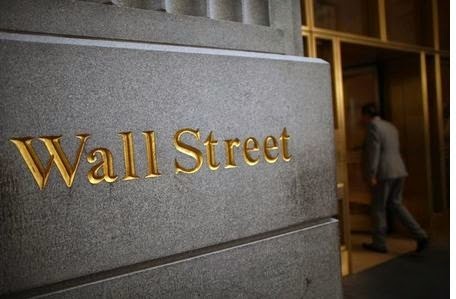 The crisis in eastern Ukraine has emboldened Europe and the United States to impose broad sanctions on Russia. But Europe finds itself in a precarious position, with almost a third of the natural gas the continent consumed in 2013 flowing from Russia, according to the U.S. Energy Information Administration.

Europe's heightened concerns about energy security could provide an opportunity for U.S. coal companies, which have been hurt by declining domestic consumption, to step in and fill the gap as winter approaches. More than half of U.S. coal exports already reach Europe.

"Export demand will certainly increase, with the situation in Russia and Ukraine having a big impact on Europe with respect to natural gas," said Ernie Cecilia, chief investment officer at Bryn Mawr Trust in Bryn Mawr, Pennsylvania.

"In the short term, there's no question that a rise in export demand will be helpful to coal stocks."

Yet significant headwinds at home would likely make any comeback in coal companies' stocks short-lived and hard-fought.

Even as the broader stock market has rebounded from the lows seen during the financial crisis, coal stocks have languished.

Shares of Peabody Energy Corp the biggest U.S. producer of coal have declined more than 27 percent since March 9, 2009, when the S&P 500 hit its financial crisis nadir, closing at 676.53 points.

While the S&P has nearly tripled from that day, the Dow Jones U.S. Coal Index (DJUSCL) has lost 7.7 percent in that time. The last three-plus years have been particularly bad for the coal index, which has lost nearly three-quarters of its value since April 2011.

The index includes just three stocks - Peabody, CONSOL Energy and Alpha Natural Resources. ONSOL, which is more diversified and derives around a third of its revenue from natural gas, is the only one up on the year so far. It has gained 5.3 percent, but still lags the wider S&P 500 (SPX), which is up more than 8 percent.

Peabody is down around 20 percent this year, and Alpha Natural has swooned 45 percent.

CONSOL is the only one of the three expected to show a profit in the next two years, according to Thomson Reuters StarMine, which tracks corporate profit estimates.

Competition with natural gas, the emergence of renewable energy technologies and new environmental regulations contributed to a fall in U.S. coal production in 2013 to the lowest levels since 1993, according to the Energy Information Administration.

That may temper any gains in coal stocks, both in scale and duration.

"I just don't know if any of this – the situation in Russia and Ukraine – would be sufficient enough to overcome significant pressure in the domestic market," Cecilia said.

Energy stocks have overall remained favorable for investors, but not necessarily those with money in coal. The S&P 500 energy sector <.SPNY> is outperforming the wider index with a 9.3 percent gain so far in 2014.

"We look at the domestic energy landscape, and the abundant supply of natural gas has impacted coal dramatically," said Timothy Rooney, vice president of product management and research for Nationwide Funds.

"Generally, energy in the U.S. is a good long term investment, but that's really being driven by oil and natural gas."