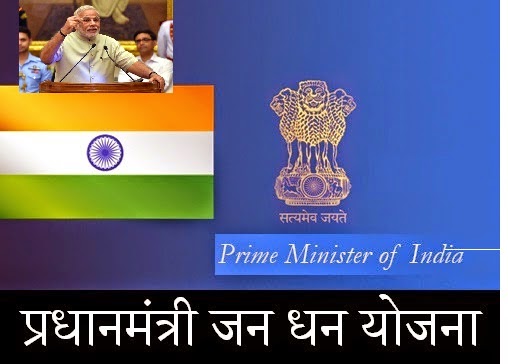 NEW DELHI: PM Narendra Modi on Thursday launched one of the biggest financial inclusion programme calling for an end to "financial untouchability" and urged banks to connect every person across the country.

The Jan Dhan Yojana, the massive financial inclusion drive, aims to open 7.5 crore bank accounts and provide banking facility to the vast segment of the population which still remains cut off from the financial system. Under the scheme, a person opening an account will get a Rupay debit card, an Rs 1 lakh accident insurance policy as well as a Rs 30,000 life insurance cover.

The facility of an overdraft would be added to the accounts after keeping a watch on the credit history and operation of the accounts for six months. The government had to defer the facility as banks had expressed concern over the move.

Modi recalled the bank nationalization of 1969 but said the objective of bringing people to the economic mainstream had not been achieved. "After 68 years of independence, not even 68 per cent of India`s population had access to banking," he said. He said it is easy for the rich to get a loan at low interest rates but the poor are forced to seek loans from moneylenders at five times the rate charged to the rich. "Is it not the responsibility of the banking industry to provide banking access to the poor?" he asked.

He said a breakthrough was required to overcome the vicious cycle of poverty and debt and it had been achieved with the launch of the financial inclusion programme.

The PM said there were similarities between the poor getting access to mobile telephones, and getting debit cards as both had the effect of instilling confidence and pride.

Modi referred to an ancient Sanskrit verse which puts the onus on the state to involve people in economic activity. "This government has accepted this responsibility," the PM said.