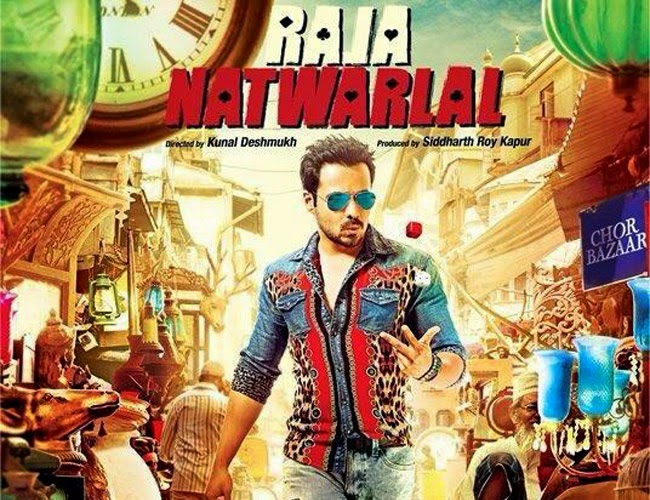 Con films are, by birth and concept, designed to stretch the limits of reality in a flawed environment. Style is invariably used over substance to hide real-world implications; it is futile to find plot loopholes when the genre is an audacious sleight-of-hand loophole. In this sense alone, Raja Natwarlal-an Ocean's 12th man of sorts-succeeds where many a desi conedy (con+comedy) dies an unimaginative death.

The story is as simple as the formula of making the heroine a bar dancer in order to insert item songs at will: Raja (Hashmi) wants to avenge his partner Raghav's (Tijori) death after a botched job. He seeks the help of legendary conman Yogi (Rawal; spouting Rajat Aroraisms written by Sanjay Masoom) to ruin dreaded Cape Town based kingpin Vardha (Menon). They decide to take advantage of Vardha's cricket obsession by selling him a fake new team (Ahmedabad Avengers; I'm sold) in the domestic T20 franchise.

An opportunity is lost during the formulaic dream team member assembly montage; they remain unremarkable characters without standout contributions or specializations. From here on, as the famous Abbas-Mastan philosophy goes, everything is planned. Sometimes, too planned. Every unforeseeable problem seems to have an equal and opposite solution. An entire fake world is created with such ease that you wonder why Vardha is considered to be the corrupt genius that he is. While Team Raja tries hard to stay two steps ahead of him, they are always three steps behind an able thinking audience. Twists can be sniffed from a mile away, but there's still the perverse satisfaction of being proved right while watching predictable events unfold.

It is important that movie cons remain smart enough within the context of its universe, but theatrical enough for us to see through. While the introductory cons aren't exactly groundbreaking-from card tricks to classic car switcharoos- they're shot and cut with an assertive rhythm. Most importantly, I was fooled in the end-not by these ordinary innovations and unnecessary additions (cops, hitmen)-but by the final target. Perhaps because, when one is asked "Are you watching closely?" it is conveniently impossible to look outside the camera frame. This serves as both-a boon and a flaw-for magic in movies. Nevertheless, the shameless recreation of the famous monologue from The Prestige makes for an amusing revelatory sequence. Emraan Hashmi sports the face of a perennial hustler, and is much improved with better voice (and lip) modulation. Kay Kay as Vardha delivers one of the coolest interval shots in a long time-thanks to the director's voguish use of a thumping background score. Paresh Rawal is what Paresh Rawal does, and even Miss Malik contributes to the illusion as a striking song machine.