The CBI began their searches in the wee hours on Saturday at multiple locations including Bhubaneswar, Baleswar and Brahmapur 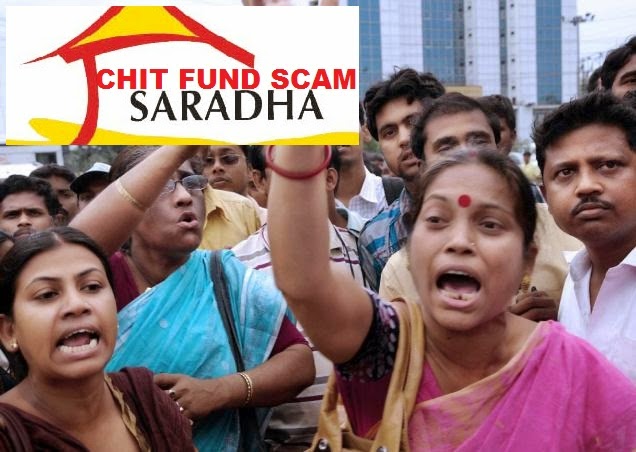 CBI officials coming out of the NE TV office with siezed documents after the raid conducted in connection with the Saradha chit fund scam, in Guwahati on Saturday.

CBI on Saturday conducted searches at 56 places, including the premises of BJD MLA Pravata Tripathy and owner of a local newspaper in Odisha, in connection with the multi-crore Saradha chit fund scam. Searches were carried out at as many as 54 places in Odisha and two in Mumbai by sleuths of the CBI which has claimed that they were looking for money trail in the case.

The CBI began their searches in the wee hours on Saturday at multiple locations including Bhubaneswar, Baleswar and Brahmapur, official sources said. Besides the residential and office premises of Tripathi who was the Chief Whip of BJD in last state Assembly, the sleuths searched the houses and offices of chairman-cum managing director and other directors of Artha Tatwa Group and their relatives, they added.

Premises of Secretary of Odisha Cricket Association, Ashirbad Behra, proprietor of local newspaper Bikash Swain and former Congress youth leader Samdit Kuntia were also searched. When contacted, Tripathy confirmed that CBI searches were being conducted at his premises but denied any involvement in the scam. “I don’t have any connection with the chit-fund scam,” he said.

CBI officials said that his ancestral house in Khurda and two other places including his official residences at Cuttak and Bhubaneswar were being searched by the sleuths in connection with the chit fund scam. CBI has alleged that the MLA “was taking protection money from some of the accused”, a charge denied by Tripathy.

Tripathy claimed he was being targeted as he had attended some of the meetings of chit fund companies when they were operating as co-operative societies. Behra, on being contacted, refused to comment on the searches being carried out by the CBI.