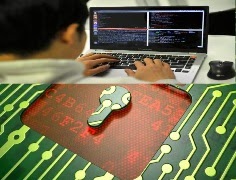 London: To prevent cyber attack software from capturing vulnerable servers, scientists have developed a free defence software that can inhibit the identification of systems by such programmes.

“TCP Stealth is a free software that requires particular system and computer expertise, for example, use of the GNU/Linux operating system. In order to make broader usage possible in the future, the software will need further development,” said scientists from the Technische Universitat Munchen (TUM) in Germany.

Port scanners are programmes that search the internet for systems that exhibit potential vulnerabilities.

According to a report published in Heise Online, Hacienda is one such port scanning programme. The report says that this programme is being put into service by the “Five Eyes” — a federation of the secret services of the USA, Canada, the UK, Australia and New Zealand.

“The goal is to identify as many servers as possible in other countries that can be remotely controlled,” explained Christian Grothoff, the research group leader at the TUM’s chair for network architectures and services.

The free software is based on the following concept: There exists a number that is only known to the client computer and the server.