STAR Plus, the flagship general entertainment channel (GEC) of STAR India, is set to overhaul its programming. Many shows would be replaced by new ones. 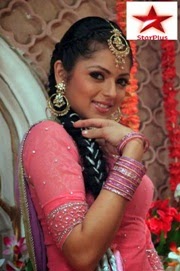 “We are looking at a renewed programming line- up. We want to position the channel to include the youth. The content will indicate amore aspirational positioning. The process will start over the next three to four weeks,” says Gaurav Banerjee, general manager, Star Plus.
The channel recently announced the launch of its reality show India’s Raw Star. The weekly show will be aired in the Sunday prime- time slot and will feature musician and singer Yo Yo Honey Singh. Banerjee said the host and mentor would attract young viewers.
The show will feature 10 music artists picked by Singh through digital auditions, to be trained as performers with one emerging the winner. The 14- week show will follow these 10 artists’ journey through the process.
The show is also STAR Plus’s attempt at making a mark in the reality show segment, which has until now been a weak spot in the channel’s repertoire. While five to seven of top- 10 fiction shows are from the STAR Plus stable, peers such as Zee TV, Sony Entertainment Television and Colors are ahead in talent reality shows. STAR Plus found success in the celebrity couple dancing competition Nach Baliye, but apart from that, not much has worked in its favour in terms of traction with viewers.
Banerjee and Singh are hopeful that the show’s distinct proposition —finding a performer, not just a playback singer — will click.
“Whenever I saw the singing talent hunt shows on Indian television, I felt something was missing. Television is a visual medium and what the shows were looking at finding were playback singers. The medium should be used to find performers and that is what we will do at India’s Raw Star,” says Singh.
Apart from the new reality show, the programming revamp will include the second instalment of this year’s edition of Aamir Khan- hosted talk show Satyamev Jayate. The show is slated for a September- October telecast and will most likely include five- toseven episodes. This also fits into Star Plus’ strategy of fortifying its weekend content line- up.

Over the next two months, new fiction shows will be added to the daily show catalogue. The first among these is a show called Airline, which follows the journey of a young woman who aspires to be a pilot. The channel is working with leading producers in television.
One such producer says: “It is heartening to see the market leader is willing to step back and reassess the programming lineup.
We have been given a mandate to produce content that reflects the aspirations of today’s youth. In fact, we have got a lot of support from the channel to upgrade the technology of sound and picture in these new productions as well.” Media planners believe the timing of the move to revamp the programming is opportune. The channel is sitting pretty at the No 1spot, way ahead of the No 2 by 300 million gross viewers a week. The competition in the GEC space is heating up for the second and third spot with Colors inching closer to Zee TV, which is currently at No 2.
The weekly show will be aired in the Sunday primetime slot and will feature musician and singer Yo Yo Honey Singh.
The show will feature 10 music artists picked by Singh, to be trained as performers with one emerging winner AIMING TO CRACK SCREENS