SUPREME COURT: SC Issues the Notice on PiL for Ban On Cigaretts 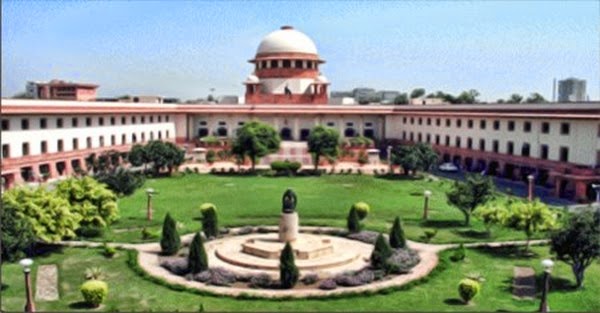 Concerned with the fate of smokers who suffer enormously due to the costly puff, the Supreme Court Thursday issued notice to Union government, the states and Union Territories among other stake holders on a PIL seeking a complete ban on the production of cigarettes and other tobacco products across the country.

A bench of Chief Justice R M Lodha, Justices Kurian Joseph and Rohinton Fali Nariman, however remarked, “It is for the law makers to decide” on the issue of ban on tobacco products.

Cigarettes, which constitute only 12-13 per cent of India’s total organised tobacco consumption, give the government nearly 80 per cent of its tax revenues from tobacco products.

It is estimated that just the excise revenue from cigarettes is Rs 15,000 crore, since this product is taxed at a rate 47 times higher than other tobacco products like bidis, the tobacco industry sources said.

However, growth of the Rs 30,000-crore cigarette industry has been almost stagnant for some time.

The Union government in its recent budget hiked cigarette rates. The steep increase might bring down consumption of cigarettes.

It is also stated that India is home to roughly 10 per cent of the world’s tobacco smokers - next only to China.

Aditya Agrawal, who appeared for petitioner filmmaker Sunil Rajpal contended the money spent on the treatment of smoking-related ailments comes to Rs.30,000 crore per annum which “flies in the face of revenue earning arguments by the government on not banning the tobacco industry”.

Lawyer also stated that in 2003 Parliament enacted a law ‘The Cigarettes and other Tobacco Products (Prohibition of Advertisement and Regulation of Trade and Commerce, Production, Supply and Distribution) Act, 2003’ which has proved to be “ineffective as it is toothless”.

The only unsuspected victims of these violations of laws are innocent people especially impressionable minds of children who easily get carried away seeing people smoking and get into the habit initially imitating others, he added.