US News Update: Obama says no strategy yet to combat ISIS, draws ire 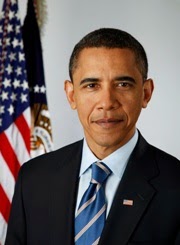 US President Barack Obama conceded on Thursday that his administration did not have a strategy yet to combat the extremist Islamic State in Iraq and Syria (ISIS) even as reports surfaced that ISIS men have water-boarded American hostages in apparent retaliation for US tactics in Guantanamo against incarcerated terror suspects.
The US President's candid admission, which later caused the White House media managers to do some damage control by qualifying the remarks, also came amid horrific video images of ISIS extremists mowing down more than 150 soldiers loyal to the Syrian regime that Washington has been trying to dislodge. Caught in this cleft between a regime the US wants to oust and extremists of a virulent and bloodthirsty variety, Obama appeared to be treading cautiously amid pressure from various quarters for swift military intervention.
''I don't want to put the cart before the horse: we don't have a strategy yet,'' Obama admitted on Thursday in what at first glance appeared to be a huge political gaffe (immediately seized on by his critics), adding that ''what I've seen in some of the news reports suggest that folks are getting a little further ahead of what we're at than what we currently are.'' He was referring to reports based on background briefings by US officials that Washington was seeking to drum up allies and launch military action in Syria.
But Obama indicated that stitching up such an alliance and getting everything in place will take a little more time. ''We need to make sure that we've got clear plans, that we're developing them,'' he said, acknowledging that he's directed Secretary of State John Kerry to assemble a coalition secretary of defense Chuck Hagel and the Joint Chiefs of Staff to present him with military options. ''We're gonna cobble together the kind of coalition that we need for a long-term strategy as soon as we are able to fit together the military, political and economic components of that strategy,'' the US President said, adding, ''There will be a military aspect to that.''
Obama was also very circumspect on the reported Russian invasion of Ukraine, saying there cannot be a military solution to the problem and implying that the best the US can do is mobilize the international community to apply pressure on Russia. The President's cautious outlook is riling up hardline, quick-gun militarists in Washington from the Bush era.
But the blowback from such knee-jerk intervention was starkly evident when reports emerged that ISIS extremist had water boarded American prisoners, including James Foley, the journalist hostage they later beheaded. The story first appeared in the Washington Post website which reported that a person with direct knowledge of how the hostages were treated said the extremists seemed to know how exactly US had handled terror suspects in Guantamano.
US officials countered the suggestion that Foley and others had suffered the consequences of US mistreatment of terror suspects. ''ISIL is a group that routinely crucifies and beheads people. It needs no inspiration for its brutality. To suggest that the US is somehow responsible for ISIL tactics is ridiculous and feeds into their twisted propaganda,'' one US official was quoted as saying.
Nevertheless, Washington is left wondering why so many of its citizens are heading to war zones -- some to fight with extremists, a few to fight against, and several to chronicle the endless battle. A second American was reported killed this week fighting for the extremists. Nearly a dozen Americans are believed to have gone to Syria to fight for ISIS even as the extremist group held at least a dozen western hostages, including three Americans.
Meanwhile, US army psychiatrist Hasan Nidal, who is sentenced to death for killing 13 people in Fort Hood, wrote to the self-proclaimed caliph of ISIS seeking to become a citizen of the Islamic State.