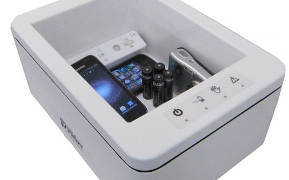 London: Researchers have designed a new device for wireless energy transfer that can charge mobile phones or laptops without using cables.

Researchers at the Universitat Politecnica de Valencia (UPV) in Spain have invented the system which is based on the use of resonators designed with radial photonic crystals; one of them would act as an energy transmitter and the other would be set on the device that needs to be charged.

Between them a phenomena known as resonant coupling is produced, which is what finally produces the charging or recharging of the equipment.

“this phenomenon is produced when a resonant object is moved closer to a second resonant element and both resonance frequencies are equal or quite similar,” said Jose Sanchez-Dehesa, researcher at the Wave Phenomena Group of the Universitat Politecnica de Valencia.

“This physical proximity produces an energy coupling from the first device, that acts as the source, to the second one, which acts as the charge,” Sanchez-Dehesa said.

The device could also be used as a power supply system for equipment such as keyboards and wireless mice, speakers, etc.

Besides consumer electronics, it could also be used in an industrial environment as power supply for robots or guided vehicles, and bioelectric devices (cardiac pacemakers, defibrillators, etc.)

The first prototype of the system is under development, researchers said.