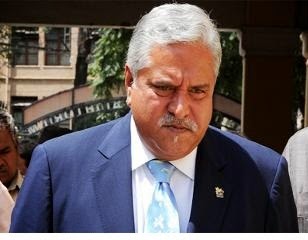 MUMBAI: The pressure on Vijay Mallya is likely to intensify as private sector lenders Axis Bank and Federal Bank may begin the process of declaring him a 'willful defaulter', putting them in a position to seize assets pledged as collateral and invoking personal guarantees.

This comes after state-owned United Bank declared Mallya and three directors of Kingfisher Airlines as willful defaulters on Monday.

The company owes banks Rs 7,000 crore. Other public sector banks that are owed money have already begun the exercise. "We are also in the process of declaring him as a willful defaulter," said a Federal Bank executive, who didn't want to be named.

"As a matter of policy, the bank doesn't speak about specific client transactions. We therefore regret our inability to comment on the referred matter," an Axis Bank spokesperson said. The lender is said to be considering such a move.

"Axis Bank like other banks can declare Vijay Mallya as a willful defaulter after following the due process," said a banker aware of developments. "Ideally, the bank should do it but a final decision is yet to be taken." A concerted move would threaten Mallya's remaining assets since a willful defaulter won't be able to get loans from any bank.

Mallya told ET on Monday that United Bank had not given him "an opportunity to hear my request for legal representation in the grievances redressal committee". He added: "Let them prove in court that I am a willful defaulter," he added. Prakash Mirpuri, vice-president, corporate communications, UB Group, told ET that a Delhi High Court ruling allows such legal representation.

With Reserve Bank of India governor Raghuram Rajan strengthening bad loan recovery and recognition norms, most banks are aggressively monitoring loan accounts. The central bank's initiative to set up the Central Repository of Information on Large Credits or CRILC -- where banks have to share data on all borrowers' credit exposures, including special mention accounts (SMA) with an exposure of Rs 5 crore and above -- has helped improve the loan recovery environment.

SMA1 categories companies with principal or interest payments overdue 31-60 days. SMA 2 groups those with payments overdue 61-90 days. Kolkata-based United Bank was the first PSU lender to initiate the process of declaring Mallya and three other directors of the grounded Kingfisher Airlines as willful defaulters a few months ago. Subsequently, other lenders such as State Bank of India, IDBI Bank and the Punjab National Bank kicked off a similar process.

As part of the recovery process, banks in February last year decided to sell a portion of the collateral with them, including shares of group companies United Spirits and Mangalore Chemicals & Fertilizers, Mallya's Goa villa, Kingfisher House in Mumbai and the Kingfisher brand, which was valued at more than Rs 4,000 crore at the time it was pledged.
Source: ET