Know about Gold ETF and Learn, most gold reserves in the world 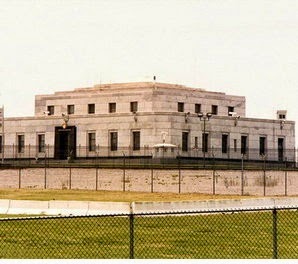 Where are Word’s Largest Gold Safe
It is believed that at Kentucky's Fort Knox Bullion Depository is held in the highest amount of gold. It has approximately 4577 metric tons of gold have been extracted so far in human history about 40th part of the total gold.

In the Year of 1936 U.S. Treasury Department, located at Fort Knox, Kentucky Bullion Depository building started in the United States. American Treasury department the land was transferred by the American military. Construction of the vault was completed in December 1936. At that time the building had cost $ 5.6 million. Year in 1988, the National Register of Historic Places in America this place (the National List of Historic Places) was incorporated in.

New York Office of the Federal Reserve even more gold in the gold room, though different countries and organizations, including gold. In this palace 80 feet below street level in a golden chamber in which an estimated 7,000 metric tons of gold has been placed 10th in the world, almost part of the trend in the total gold. Although the world's largest gold mine is Grasberg (Papua, Indonesia).