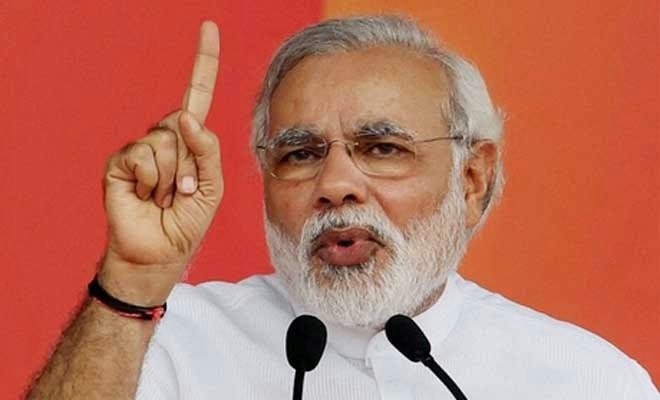 Source: TOI: TOKYO: Making a strong pitch for bringing Japanese investments into India, Prime Minister Narendra Modi on Tuesday said there is no "red tape" but only "red carpet" for investors as the government has eased a lot of regulations.

Asserting that his government is working on development and increasing manufacturing activities, Modi said there cannot be a better place to make investments than India.

"I have come to assure you that there is no red tape but red carpet in India. We have eased off lot of regulations," Modi said.

Calling for a new history between the two countries on the economic front, the Prime Minister said India is the only place where one can find "democracy, demography and demand".

Modi, who was addressing Japanese investors at a seminar organized by the Japan External Trade Organization (Jetro) and Nikkei here, also said that India guarantees democracy, safety, security and justice.

He told Japanese investors that India is a "god gifted location" for reaching out to global markets.

Referring to his government's 100 days in power, Modi said it has achieved what could not be achieved in the last two-and-a-half years. The country's GDP grew 5.7 per cent in the April-June quarter, the highest in more than two years. Modi said his government is ready to offer whatever is required to promote foreign investment into India. "Without Japan, India is incomplete and without India, Japan is incomplete", he said.

Prime Minister Modi "According to him, the coming together of Japan's hardware skills and India's software expertise can create miracle".