Science Bio: Researchers identify the origin and purpose of our angry face 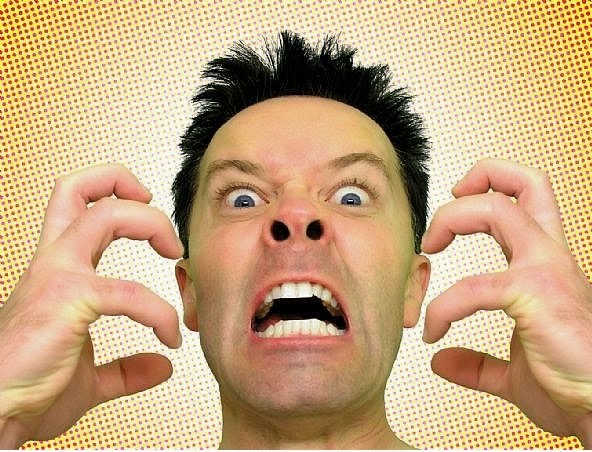 The next time you get really mad; take a look in the mirror. See the lowered brow, the thinned lips and the flared nostrils? That's what social scientists call the “anger face, “and it appears to be part of our basic biology as humans. Now, researchers at University of California Santa Barbara and at Griffith University have identified the functional advantages that caused the specific appearance to evolve.

“The expression is cross-culturally universal, and even congenitally blind children make this same face without ever having seen one, “said lead author Aaron Sell, a lecturer at Griffith University in Australia. The anger expression employs seven distinct muscle groups that contract in a highly stereotyped manner. They sought to understand why evolution chose those contractions to signal anger.

The greater the harm an individual can inflict, noted Leda Cosmides, the more bargaining power he or she wields. Cosmides is a coauthor along with John Tooby.

Starting from the hypothesis that anger is a bargaining emo tion, they reasoned that the first step is communicating to the other party that the anger-triggering event is not acceptable and the conflict will not end until an implicit agreement is reached.

“The function of the anger face is intimidation,” added Cosmides, “just like a frog will puff itself up or a baboon will display its canines.” As Tooby explained, “This makes sense of why evolution selected this particular facial display to co-occur with the onset of anger. Anger is triggered by the refusal to accept the situation, and the face immediately organises itself to advertise to the other party the costs of not making the situation more acceptable.

What is most pleasing about these results is that no feature of the anger face appears to be arbitrary; they all deliver the same message.” According to Sell, the researchers know this to be true because each of the seven components has the same effect. “In the final analysis, you can think of the anger face as a constellation of features, each of which makes you appear more formidable”.