How to Save yourself from False Police FIR 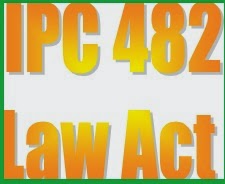 Some people are written false police FIR against each other, due to mutual differences. Often in such cases, an FIR was lodged against them, they are caught in legal hassles with the police and courts and their money, time and life goes on verge of ruination. But do you know, you can take action against such false complaints and save yourself. As per Indian Penal Code under Section 482 of Indian Constitution, a law likes that; using which you can avoid the hassles of nonsense.

Under IPC Section 482 you can challenge FIR to the High Court and demand for fair justice.  For this you have given an application to the High Court through to lawyer and you can put question mark of Police Recorded FIR against. If you have any kind of evidence of your innocence, such as audio recording, video recording, photographs, Documents than enclose them with your application. By doing this your case become a stronger in High Court, you are likely to be cancel FIR against you.

Section 482 is used in two ways. In the first experiment is a mostly dowry and divorce case. In these cases, reconciliation takes two parties by mutual consent, after which the bridal parties give application to the High Court to cancel FIR against the groom's side, after which recorded FIR against groom party as per section 498 and 406 High Court order to closed the FIR.

The second experiment is used in criminal cases. Suppose someone make false Police FIR against you like assault, theft, rape or any other type of conspiring. You filed an application in the High Court under Section 482 proceedings against him getting the police can stop immediately. Also see the High Court concerned investigating officer to investigate your application can give the necessary instructions. In such cases, unless the High Court under Section 482 case will go on, police will not to do legal proceedings against you. If arrest Warrant is issued against then it will be immediate stop and wait for High Court Decision.

Keep in mind these things

For this law, you have to create a file with your application, copy of the FIR along with necessary Evidence. If you don’t have Evidence than consulted your lawyer with discussion of police fir complaint watching. Also if you have any evidence in your favor to even mention it.