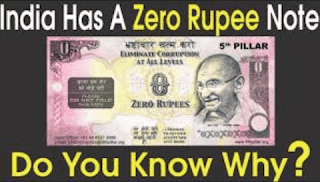 The zero rupee note are made by a non-governmental organization called the 5th pillar. It represents the 50 rupee note of Indian currency but with some changes on it. They are paid by the citizens to those government officials who demand bribe for doing the work which is actually free of any charge. 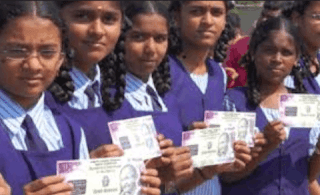 They were first created in 2007 by the 5th pillar organisation. And are distributed among people who are requested to pay bribe by the government officials. The notes are effective in real and many people use them to fight against corruption in a peaceful way. The zero rupee is issued in 5 languages Tamil, Hindi, Kannada, Malayalam and Telugu.

Satindar Mohan Bhagat,who is a physics professor at the University of Maryland and the director of Association for India's Development, Inc. USA, is credited with originating the concept of the zero rupee note in 2001. Till now 5th pillar has distributed more than 2.5 million zero rupee notes in the country.