Earthquake Can be Comes in Uttarakhand (indian state) at himalayas 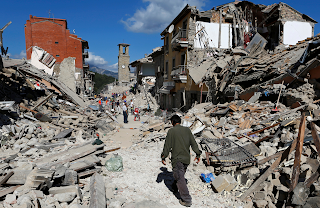 When the earthquake comes, then brings destruction and the possibility of such devastation is being expressed in Uttarakhand. Scientists say that in the Himalayan region of Uttarakhand, seismic energy is constantly being stored inside the ground, which can ever be emitted as a large earthquake. In collaboration with the Ministry of Central Geology, scientists have taken this conclusion from research studies related to earthquake activity in Uttarakhand relative to other areas of the Himalayas.

Dr. SP Sati, a geologist of the Garhwal Central University of Srinagar, who studied this research study, said that considering the scientific credentials of the research study, the world famous research magazine Earth and Planetary Science Letters published from the US made this research paper online. is.

He said that this research paper will also be published in the research journal in the year 2019. At present, Dr Sati is working at the Uttarakhand Horticulture Forestry University's Registrar of Parsar.

The research study of seismic activity in Uttarakhand is based on the GPS study. This preliminary conclusion has come from a research study conducted in five years from 2013 to 2018. This research study is still going on.

After the Nepal earthquake in 2015, some geologists say that most of the energy inside the ground has come out, so there is no possibility of a big earthquake in Uttarakhand now. Geoscientist Dr. SP Sati is refusing to conclude this conclusion. He said that his research study based on GPS has become clear that such a situation is not there.


In the Uttarakhand Himalayan region, 27 GPS stations have been set up in different areas of Uttarakhand to conduct research for earthquake. Dr. SP Sati said that they are located in Hinna near Guptkashi, Narayankoti, Auli, Fakot and Chamoli.